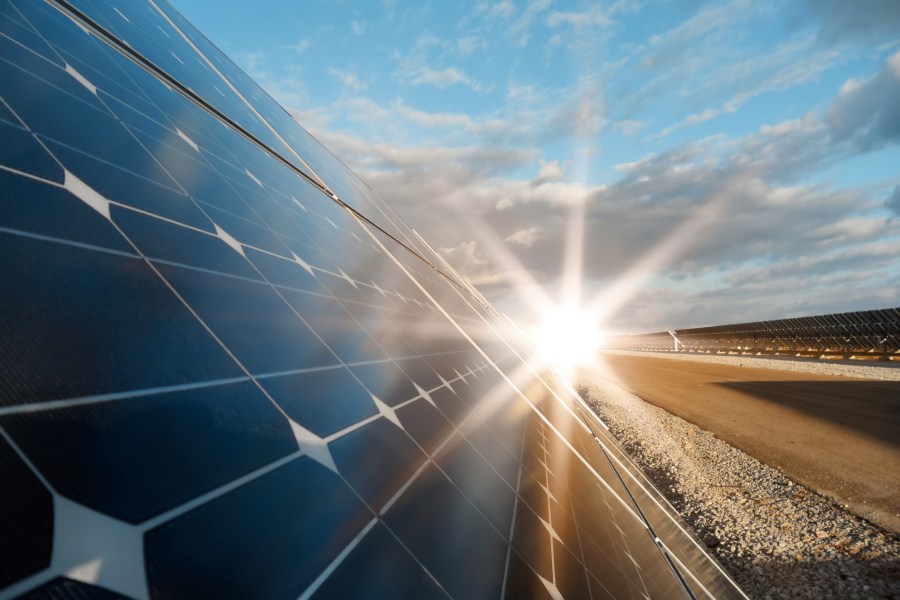 If you are looking for a way to go green and save money on your energy bill, you may consider solar panels. Solar panels have become more affordable in recent years, but they can still be costly depending on the size of your home and how much electricity it uses each month. A new alternative that many people are unaware of is solar shingles. These shingles replace the traditional asphalt or tar roof with a lightweight tile with built-in photovoltaic cells. Here we will compare solar shingles and solar panels and help you decide which is right for your home.

Solar shingles are aesthetically very similar to the regular asphalt roof. The solar cells are built right into the solar shingles, which means that they will not alter the appearance of your roof in any way. Solar shingles can blend in with your traditional rooftop because they look just like a regular tile, but they have the built-in ability to generate electricity from the sun. Solar shingles allow you to remain inconspicuous and stylish while maintaining your favorite “green” home feature. 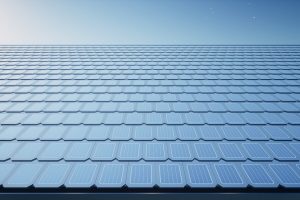 Read moreSolar Roof Shingles: What They Are & How They Work

Solar panels are the typical alternative energy method for homeowners who want to save money on their electric bills. Solar panels look like arrays of small rectangular solar cells, and they usually attach to the roof, which is not always easily visible from the ground. Traditional solar panels have an “industrial” feel that can obstruct your view or clash with your home’s aesthetic style. Solar panels are usually black, which may not be in line with the color of your roof. The form factor of solar shingles is more sleek and stylish than solar panels because they do not have to generate electricity in a separate location.

Solar shingles and solar panels both have myriad benefits, but there are some clear disadvantages as well. Solar cells tend to be more expensive than asphalt or clay tiles because they require special manufacturing methods that make them stronger and lighter than traditional rooftop materials. Despite this added cost, the price of solar shingles is much lower than solar panels, and they can sometimes be purchased as a part of the home’s original design, which reduces installation costs. On the other hand, solar panels will probably need to be installed later because it usually requires additional construction that is not included with the purchase of the solar cells themselves.

Solar shingles also offer advantages in terms of aesthetics. The solar cells are built into the shingles themselves, so you do not have to worry about an eyesore of a rooftop ruining your view. The photovoltaic cells blend seamlessly with regular tiles and even come in designer colors that can enhance your home’s beauty instead of detracting from it. Even though solar shingles and panels both provide an alternative form of energy to your home, solar shingles offer more benefits than solar panels in terms of modernity and beauty.

Between Solar Shingles and Solar Panels, Which is Right for Your Home?

Solar shingles are a newer, more sophisticated alternative to solar panels. Not only is their appearance sleeker and more attractive, but they also save you time and money because most of them can be installed at the same time as your original roof. Solar panels are an older technology that requires additional construction to create a space for the solar cells themselves. So if you are building a new home or it’s time to do a total roof replacement anyway, solar shingles are the way to go. If your roof does not require repairs, you already have a roof style you love, and don’t mind the bulkiness of solar panels, then solar panels are the way to go.

Which is More Efficient?

When it comes to efficiency, solar shingles and panels effectively generate electricity. However, there are some pros and cons for each form of alternative energy. Solar panels have a lower “in-rush” cost, which means they can be installed one at a time. The installation costs of solar shingles would be higher, but it is sometimes possible to install them simultaneously as your original roof or when your current roof comes to the end of its lifetime and its time for a roof replacement. Because solar shingles are produced as a part of regular tiles, they produce less energy than traditional solar panels and will overall save you less on your energy bills. Some homeowners may perceive this as wasting resources because not all the power comes from solar shingles. If this happens to also be your perspective then it might be best to go with traditional solar cell panels for your home.

The efficiency of solar shingles and panels ultimately depends on how much sun exposure they receive. The more sunlight your home receives, the lower your electricity bills will be because your rooftop panels or shingles will produce more energy for your house. Solar shingles are slightly less efficient than solar panels because they do not have the same production capacity. Solar shingles are also more likely to become damaged or degraded than solar panels, which means that you will be forced to replace them earlier, and the efficiency of your home’s energy production will take a hit.

Which is Better for the Environment?

Solar shingles and panels both have positive and negative impacts on the environment. Solar panels create a cleaner form of energy that reduces your carbon footprint, but they must be purchased new and often require additional construction to provide a space for them on your rooftop. Solar shingles are built into your existing roof, so there is no need to purchase additional materials. The rare earth elements used in solar panels require more energy and resources than solar shingles. So, the environmental impact of creating traditional rooftop panels is higher.

Solar Pannel cells both create a renewable source of energy without contributing to pollution or global warming, but they also negatively impact the environment. Solar panels may require the replacement of your traditional roof, which means that you will need to obtain new materials to install them. While this is not a huge problem during the roof’s lifespan, it does introduce some negative consequences for your carbon footprint.

Solar shingles are better for the environment because they do not have additional construction requirements. They are produced during the regular production of your traditional roof, which means that they do not require additional materials or energy to produce them. The rare earth elements used in solar shingles are also recyclable. So, while they may have a higher environmental impact than solar panels, their negative impact is less significant than other common forms of roofing.

There is no single best solar roofing option. Solar shingles and panels both produce electricity and reduce your carbon footprint, but each has its own set of positive and negative consequences. Solar Shingles are recyclable and produce slightly less energy while solar panels are bulky but produce slightly more energy. At the end of the day its really up to what you think is right for your home.

If you are interested in exploring the idea of Solar panels for your home in Austin TX, Contact Divided Sky Roofing and Exteriors today!

Give Us a Call to Schedule an Appointment

Ground Mounted vs. Roof Mounted Solar: Which Should You Choose? 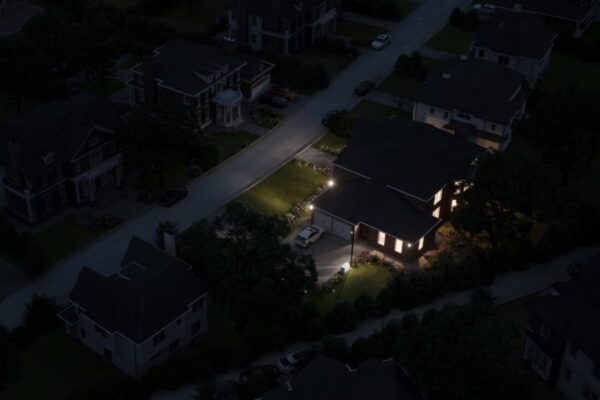 Benefits of Having a Backup Power Generator 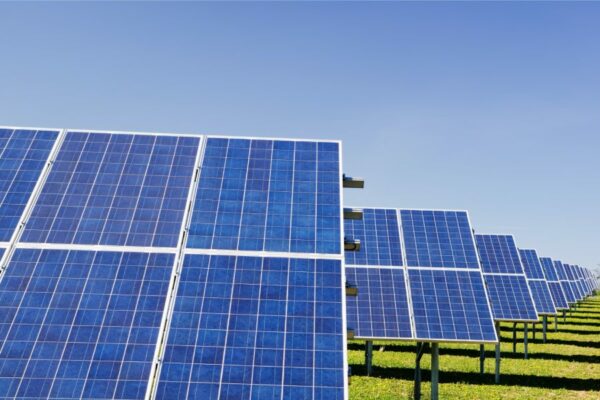 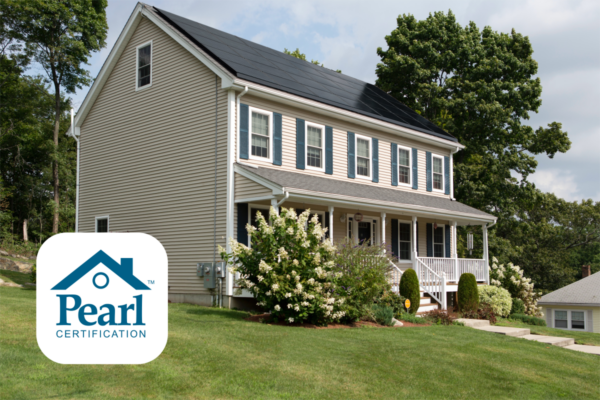 What Does Pearl Certification Mean? 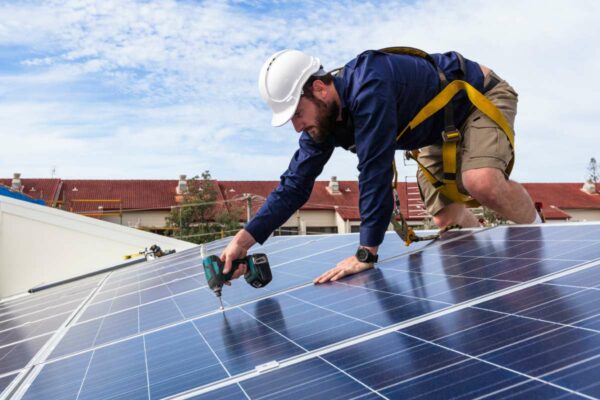 What the 2022 Inflation Reduction Act Means for Homeowners 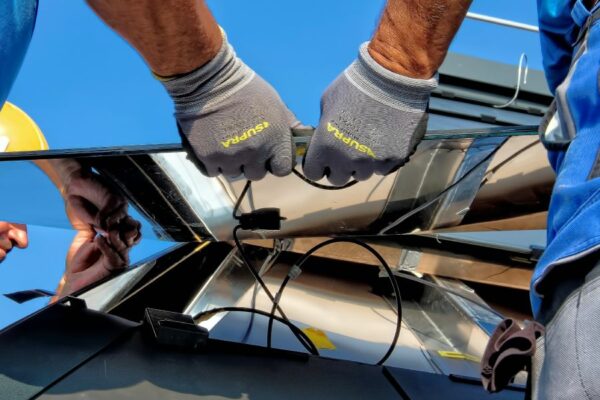